Twenty eight years ago, on 13 June 1991, the first property I ever owned, was registered in my name. I was 28 years old.

Last week, on 13 June 2019, I finally signed what, I believe is a legitimate offer to purchase.  The property is a two bedroomed flat (apartment) in Johannesburg, in one of the more cosmopolitan parts of the city.  I lived in that area – in several different apartments – between 1986 and my departure at the beginning of 1993.  In those seven years, I moved more times than I care to remember;  therein lies part of the reason for the purchase.  About a year prior, I had had a huge salary increase which provided me with the means, after three years, to get out of a place that was cold, opened virtually directly on to a busy road and had no garaging (I had to hire a parking space from a friend in a neighbouring street).

Anyhow, after three very happy years of living there, it was time to move.  I found my perfect apartment – it was sunny, had under cover parking, access control and was not on ground level, and best of all, had a balcony I could actually use and enjoy.

So when I was given notice that my 12-month lease would not be renewed, I was far from happy.  The owner was intending to move back in.  She would, however, entertain an offer to purchase.

It was unaffordable.  It did, however, sow a seed.  That seed was fed with the compost of “nobody is ever going to rob me of the roof over my head”.  That attitude was hardened by my mother (with whom, unless I’ve not mentioned it before, I had a somewhat strained relationship), when I told her (and was actually gearing up to ask for help), responded

Well, you just won’t be able to buy it, will you?

There ended that conversation and any thought of asking for help.  Ever again.

I was on a mission and went to see my bank manager.  He was a nice, helpful man who went above and beyond help me work out what was affordable and to make it possible for me to buy the the next best thing.

Little did I know, then, that affairs of the heart would intervene and I would not just leave the flat, but also Johannesburg.  Since then, only ever to returned as a visitor or on business.  I’ve not set foot in the property since I walked out of the front door for the last time in late January 1993.

In the intervening years, there have been a number of tenants with the first being the most memorable.  He was in the local music industry and the brother of a university friend who was a neighbour – in the same block.  Suffice it to say that we both came off second best:  she and her family, because he didn’t bother to pay rent.  They were mortified and helped me to evict him, but not after it cost me thousands in lost rental and subsequent repairs.  At that point, I handed the property over to a rental agent to handle, and things went spiffingly for a few years.

The rental income stopped and I could raise no-one at the office – phones were not answered and emails bounce back.  I was at a loss until the company that managed the body corporate (building) contacted me:

Do you know that XYZ Property has gone bang?

The upsot:  more money lost and a very unhappy tenant who had also lost money.  The rental services were then taken over by the building management company.  Suffice it to say that that has not been without its challenges, either, and perhaps, the less said about these at this point, the better.

I have, on more than one occasion, tried to sell the property only to be scuppered.  Although I bought the property after Nelson Mandela was released in 1990 and “things were easing”, they weren’t really.  Remember, I said about the area:

one of the more cosmopolitan parts of the city

That meant that there were folk of all races living not just in the suburb, but in the building.  Because the Group Areas Act had not been repealed this was, technically, illegal.  Look again at the title deed:

Of course, its cosmopolitan fabric had a detrimental effect on the property values.  More to the point, the area was red-lined: banks stopped granting loans to prospective buyers in the area.  Notwithstanding this, and ironically, there was a sudden price boom.  So although I tried to sell the property in advance of my departure, it just didn’t.  I was in a pretty pickle.  Especially as an absentee landlord, a prospect (and subsequent reality that) I never relished.  For a while, I did what I could to maintain the property from the income I received, but when the economy in South Africa was such that the interest on the bond (mortgage) was 25% – I kid you not – the rent – and then some – went into the home loan.

Another the thing that happened in the last 15 or so years:  the managing agents advised that they could trace the majority of the owners.  They’d just upped and left so the building was going to wrack and ruin.  No-one else was paying their dues to the body corporate, let alone the municipality.

Will you become a trustee and chair the board?

My instinct was “no”, simply based on the fact that I was not resident in Johannesburg.  I sought advice.  My attorney’s very polite response:

Are you out of your cotton-picking mind?

So, on legal advice, I took a step back;  I could have ended up being personally liable for the debt and problems associated with the entire property when in actual fact, other than the home loan, there was none associated with my unit. 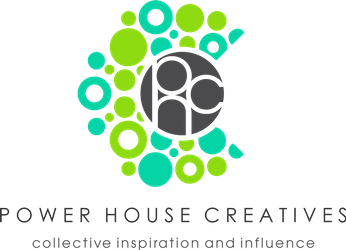 3 thoughts on “Circles, endings and beginnings”